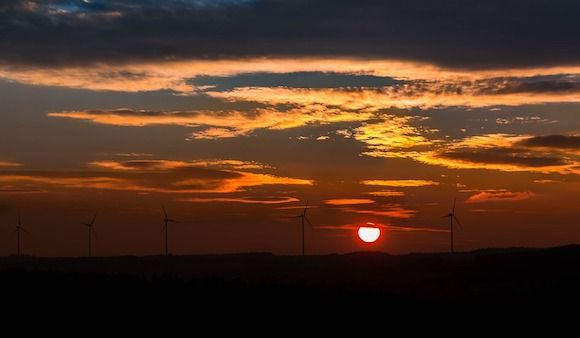 Applications for Grid Operators and Utilities

Energy Arbitrage
In markets where there is a significant difference in locational marginal price (LMP) of electricity at different times, energy arbitrage can be used to offset costs. Wholesale electricity is purchased and stored when the LMP is low to be resold when the LMP is high. Some losses occur due during charging and discharging. Arbitrage on its own is not typically a profitable energy storage application, however can be combined with others by value stacking.

Energy Arbitrage refers to wholesale buying and selling which is done by grid operators — for end-users using similar tactics see time-of-use management. Load following (ramping up electricity supply as activity increases in the morning and ramping down as activity diminishes towards the evening is considered a subset of energy arbitrage.

Flexible Peaking Resource/Resource Adequacy
Peak demand on the grid generally only occurs for a few hours a day. In addition to the power generation that makes up the “base load” of electricity, utilities and grid operators keeping peaking resources on standby, ready to inject a surge of additional power into the grid. Peaker supply resources typically have been served by fossil fuels such as gas peaker plants.
Many different types of electricity storage are seeing a surge of popularity as peaker resources due to their extremely fast response times — in the case of lithium-ion batteries, in the milliseconds. Pumped hydropower storage is extensively used as a peaker resource.

Recent forecasts predict that ESS could replace gas peakers entirely in the United States by 2020. 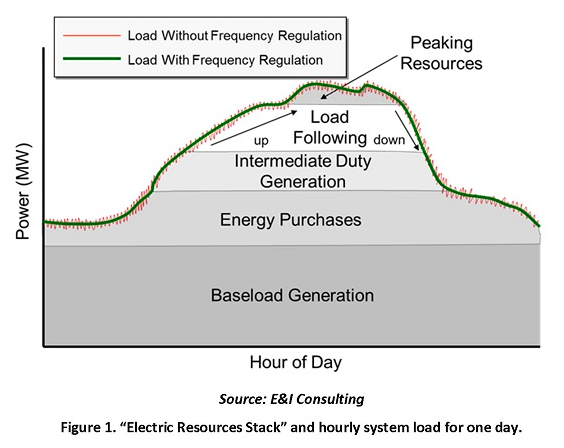 Frequency regulation involves regulating supply and demand on a second-by-second basis to keep the AC current within the exacting required tolerance bounds. As more and more renewables are connected to the electrical grid, variability in supply and fluctuations in frequency are increasingly frequent and severe.

Typically, generating assets are ramped up or down to provide frequency regulating services. In today’s market, it is the highest value ancillary service to the grid. Energy storage is increasingly being used instead of fossil fuel plants for this application — their flexibility and up to millisecond fast response times make them well-suited.

Reserve Capacity (Spin/Non-Spin)
A crucial requirement for electrical utilities, or groups of electrical utilities, is to keep the power on even if a generator goes offline. The system as a whole must not experience excessive variation in frequency and power flow even if the largest of the system’s generators goes down.

Voltage Support
As well as regulating frequency, grid operators have to ensure a certain level of voltage and voltage stability is maintained. This involves managing reactance across the entire grid — an ancillary service known as voltage support is used for this purpose. In the past, generating assets able to produce reactive power would have to be added or subtracted to the grid. One challenge associated with this is that reactive power can only be transmitted over short distances.

Energy storage, and in particular distributed energy storage, can be located extremely close to end-users — making them an increasingly attractive option for voltage support.

Black Start
When the entire grid is affected by a power-outage, “Black Start” resources are used to turn it back on. Challengingly, they must be able to operate without a grid connection themselves. Energy storage systems are ideally suited for black start applications because they can be run in standby mode and independently to re-energize the other grid systems.

Transmission & Distribution Deferral
As demand for electricity, grid operators face the need to add new or upgrade existing transmission and distribution (T&D) equipment. Adding energy storage can defer or even remove the need for these additional upgrades or pieces of equipment. This storage application is valuable in two ways; firstly the cost savings from not buying the new equipment, and secondly the same ESS can also be used for other value-generating applications.

Time-Of-Use Bill Management
When electricity prices are variable depending on the time of day, storing energy for later use can reduce power costs. Energy is drawn from the grid to be stored when demand and prices are low (typically at night), then used during peak times when prices are higher (typically during the day).

Increased Self-Consumption/Self-sufficiency from Solar plus Storage
Installing storage with end-user solar can be used to reduce or eliminate reliance on the grid by stockpiling excess solar power generated during the day. Thermal (in the form of water tanks) and battery energy storage are the most used technologies for this application. This is an especially valuable application in areas with utility rate structures that are disadvantageous to distributed solar, or for microgrid energy storage systems that have limited grid connectivity.

Demand Charge Reduction
Commercial and industrial (C&I) consumers in many electricity markets, such as the United States, face electricity costs not only based on the amount of energy used, but also on their maximum power draw. In some cases, this “Demand Charge” can make up close to 50% of their total power costs. By reducing the maximum power drawn from the grid, significant costs savings are possible.

A robust demand charge management industry has been in place for decades, however, the explosion of energy storage is well-suited to this particular application. In the same way as time-of-use management, energy is stored during low-demand times to be released (and reduce power drawn from the grid) when demand is high. Demand charge management and reduction is a significant value-generator for the C&I sector.

Backup Power/ Uninterruptible Power Systems
During a power outage, stored electricity can be used to continue operations without interruptions. This is especially relevant in the wake of natural disasters like Hurricane Irma, Hurricane Harvey and the recent California wildfires which saw widespread grid power outages. Intelligently deployed energy storage systems are essential to the continued operation of hospitals and emergency services.