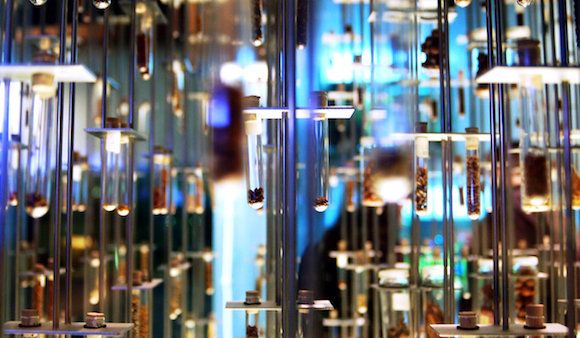 There have been hundreds of attempts to find the battery chemistry that will challenge the dominance of lithium-ion. Magnesium energy storage has been a theoretically attractive, but practically impractical proposition. Researchers from Lawrence Berkeley National Laboratory and Argonne National Laboratory in conjunction with MIT have published a study showing potential magnesium mobility in a battery.

Magnesium (Mg) ions’ main benefit over lithium (Li) ions is that they are multivalent and thus can hold more charge — double in fact. Mg-ions have a +2 charge compared to Li-ions +1. Theoretically, this means twice the energy density. The problem is that their higher electrical charge means the Mg-ions face more resistance from ions of the opposite charge in the battery’s electrolyte and lose more energy when they cross from electrolyte to electrode. The other elements in such a magnesium battery are quickly corroded by the liquid electrolyte.

Berkeley Lab’s researchers have eschewed using liquid electrolyte in favor of solid state battery technology. This has been tried before, but results show that magnesium passage through solids is far too slow to be useful as energy storage. The researchers in this case developed several new types of solid conductors to improve magnesium mobility.

The best conductor they developed was magnesium scandium selenide spinel, which the Berkeley Team found had similar properties and performance to solid state lithium-ion electrolyte. The research was made possible by the cooperation of Argonne National Laboratory, who used nuclear magnetic resonance spectroscopy (NMR) to document the nature of the new material, and the resources and funding of JCESR (the Joint Center for Energy Storage Research).

“…The solid state NMR experiments for this chemistry were very challenging and would not be possible without dedicated resources and a funding source such as JCESR. As we’ve shown in this study, an in-depth understanding of short- and long-range structure and ion dynamics will be the key for magnesium ion battery research,” stated Baris Key, co-author of the study. Lead authors on this study are Pieremanuele Canepa and Shou-Hang Bo of Berkeley Lab.

With such early stage research, it is still unclear if such magnesium batteries will see use for electric vehicles or stationary energy storage applications. Now the material concept has been proven, the research team’s next step is to test the material in a complete energy storage system.