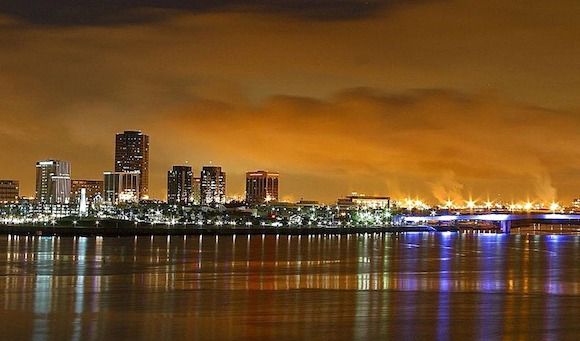 Fluence Energy, the new energy storage company produced by the combined forces of AES Energy Storage and Siemens, has announced a major new storage project in Long Beach, CA — the first in an ambitious future pipeline.

The contract for the 100 MW/400 MWh development was first awarded to AES Energy Storage in 2014 and has now passed to the recently created Fluence Energy. The project is just one aspect of a $2 billion investment in repowering Long Beach, taking offline gas peaker plants and replacing them with a mix of combined cycle-gas and battery energy storage. The new project aims to snatch Tesla’s crown as the largest battery storage facility in the world.

Fluence COO John Zahurancik, speaking to CleanTechnica, considers energy storage to be in an exponentially scaling period which mirrors the explosive growth seen by the solar industry in the past decade. Energy storage has proven itself as a mature technology for at least 8 core grid applications, and Fluence has delivered projects for all of them. Utilities worldwide, among other customers, are taking note of the value of the technology.

Zahurancik predicts storage deployment will have a long-lasting effect on how the electrical grid operates and installations with both higher and lower capacity will be required to maximise grid flexibility and resilience. Fluence intends to be at the forefront of the transition — the transition that can be seen across the globe — from aging, inefficient, centralized power systems to decentralized, clean renewables.

By combining the energy storage experience at both Siemens and AES Energy Storage, Fluence is able to drawn on over a decade of experience in energy storage, and a joint portfolio capacity of 485 MW. Fluence certainly plans to be a market leader in ambitious new projects and a trusted partner to utilities and power sector customers.