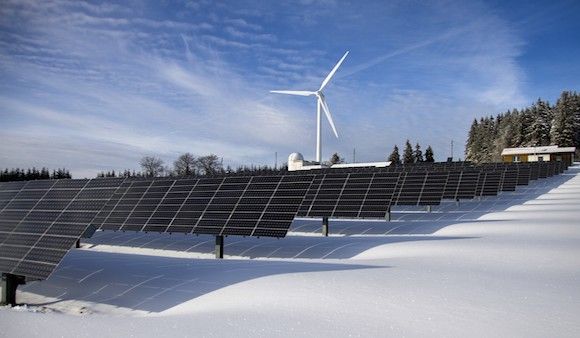 Making energy storage cheaper is a key goal of a horde of companies. But how are they looking to store energy at much larger – gigawatt-hours, not megawatt-hours – scales? Increasing energy density or improving component manufacturing efficiency can only go so far. Nothing can yet match pumped hydropower, however the limited availability of suitable geography means several countries can’t even consider that as an option.

So what alternative forms of bulk energy storage are being researched and explored? And which ones are likely to power the electrical grids of the future and which are likely to just be hot air?

Liquid Air Energy Storage
Liquid air or cryogenic energy storage involves using surplus or cheap energy to cool air until it becomes a liquid. The phase change of the material stores thermal energy which can later be released. 70 litres of gaseous can be reduced to just one litre of liquid – potential storage densities are high.

The technology has been around for a while without reaching commercial viability, but it is this about to change? UK company Highview Power Storage have prepared a 5 MW, 15 MW hour demo project due to go live this year.

Gravitational potential energy storage
The same physics behind pumped hydropower – mass is raised to a higher level so the movement generated as it is released can produce electricity. Whereas pumped hydro uses water, “gravity batteries” use large weights suspended on large cables. Surplus energy is used to winch the weights upward, winding the cable around a drum. As the weight is released, the spinning drum can be used to power a turbine. These systems could theoretically provide higher storage capacities than battery arrays.

Two UK companies are exploring this concept, Energy SRS based in Swansea and Edinburgh based startup Gravitricity. Gravitricity have recently received a £650,000 grant from the UK government, with a full-scale demo planned for 2019/2020.

Turbine-powered wind batteries
The key issue with hydropower is finding suitable upper reservoir locations. Max Bögl Wind, a German wind developer, instead uses surplus wind energy to pump water up into the wind turbine itself. A pilot project with a target capacity of 16 MW and 70 MWh is under development.