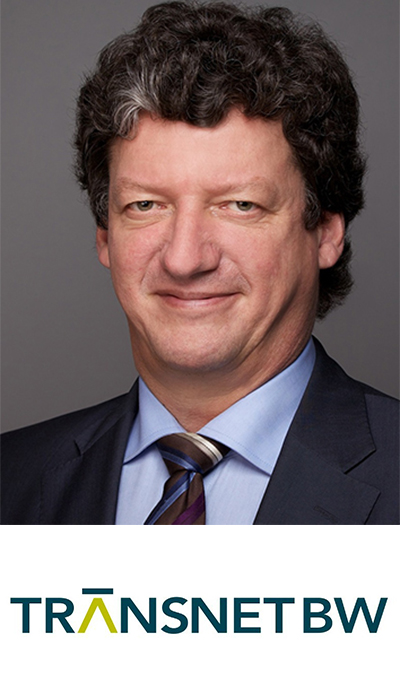 Mr. Schorn studied electrical engineering at the Universities of Saarbrücken and Karlsruhe and joined EnBW in 1995. In 2003 Mr. Schorn developed and established the division “Technical Asset Management” at the EnBW Regional AG, which is the distribution company of EnBW AG. In the beginning of 2013 the activities of innovation and R&D for network topics which has also been part of the asset management have been separated to a new division which has been developed by Mr. Schorn. This division covers especially the topics “Smart Grid” and also “electromobility”. End of 2013 he took the position of a Group Expert for Grids at EnBW reporting directly to the CTO EnBW. Since 2017 Mr. Schorn is responsible for Asset management and Operations at TransnetBW, one of four german transmission system operators.
From 2006 until 2017 Mr. Schorn has been in parallel member of the board at PREdi, the DSO of the city of Prague, Czech republic. He has been in several positions in national German standardisation organisations and associations like VDE FNN in Berlin and VDE DKE in Frankfurt. Mr. Schorn also has a longtime experiece in working with Cigré. Until 2018 he took the role as german delegate in the Study comitee C1 “System Development and Economics”at Cigré.

All sessions by Christian Schorn