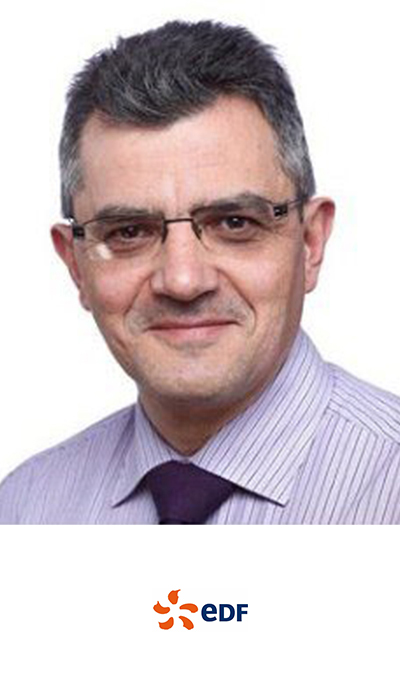 Etienne Briere is a graduate of the Ecole Centrale de Paris (1984), gaining a PhD in Energy in 1987. He joined EDF R&D in 1987, where he has held various positions in the field of fluid mechanics, energy and environment.

From 1999 to 2003, he was responsible for EDF R&D Program on Environment and Nuclear Radioprotection. Then in 2004, he became head of a department of EDF R&D on fluid mechanics, energy and the environment and renewable energy.

From 2008 to 2010, he was Executive Vice President R&D Finance Management. Since October 2010, he has taken responsibility for the storage, renewable energy and environment R&D program at EDF R&D.

All sessions by Etienne Briere